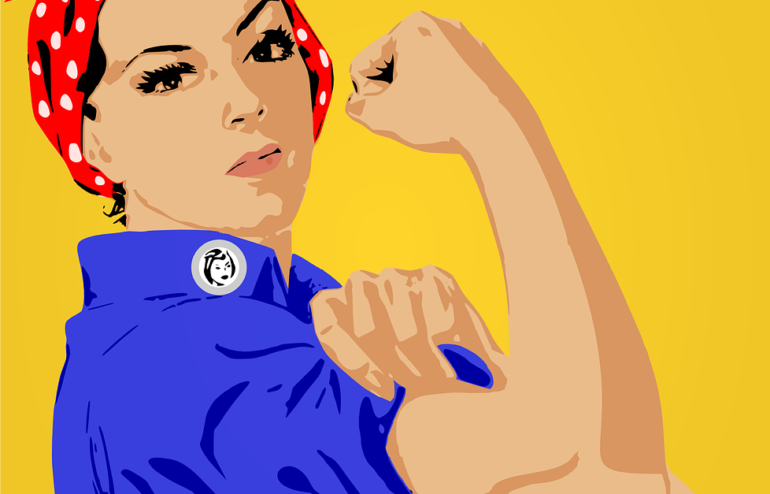 In a world still characterized by patriarchal domination, it’s natural that the working world also reflects disparity when it comes to women in top corporate and government positions. That inequity is equally evident when we examine the statistics about equal pay for equal work. However, much has changed over the last few decades, albeit slower than many would prefer.

Having said that, it’s both useful and inspirational while celebrating International Women’s Day to recognize the impact and contribution of women in business in particular.

We can certainly appreciate the handful of women now leading countries like England and Germany and champions of industry like Mary T. Barra of General Motors or local mavericks like Paymaster’s Audrey Marks. Some more household names of pioneering women include iconic fashionista Coco Chanel, Huff Post’s Ariana Huffington and of course Oprah Winfrey. You know you’re in another league when you only need one name to be recognizable. And who doesn’t know about Oprah and her story of tragedy and triumph over seemingly insurmountable odds. From being abused as a youngster, racially stereotyped and being paid less as a TV co-anchor for the exact same workload as her male counterpart, she is the epitome of a global icon fashioned in her own image. But her rise and continued success is much more about substance than it is about personality. After being headhunted as a budding journalist, when she in turn became an employer she also had to utilize  talent acquisition strategies to create the right team for her vision, brand and companies Even super women need the support of smart, capable people around them. The big O is powered not just by her persona, but the personnel she surrounds herself with.

The phrase ‘dance ah yaad before you dance abroad’ comes to mind as a stark reminder of the  wealth of local doyennes staking their claim at the Jamaican dream through innovation, industry and just plain grit. It’s never been easy navigating in what remains a man’s world. Still, it doesn’t require too much surveying of the Jamaican landscape to identify women on top of their game. One such standout is Sutherland Global’s Odetta Rockhead. As vice president and country head for one of the world’s leading business process outsourcing companies, she took control of her own destiny and a male-dominated industry after overcoming great personal and professional challenges from an early age. So much so that by her early thirties she was leading a team of hundreds and generating growth and income levels previously unheard of in the annals of the local business process outsourcing industry.

There are many other awe-inspiring stories about triumph and innovative leadership by women who refuse to be limited or defined by traditional gender expectations. So as we celebrate women everywhere, we also acknowledge and show appreciation for the men whose partnership and leadership makes greater life and workplace parity possible.

Until next time, Leaders Keep Lookin’ Up!

Debra Fraser M. BA, is CEO of Caribbean HR Solutions – a leading HR Outsourcing and Recruiting firm, a board member of the BPIAJ and the Global Services Sector, a member of the Human Resource Management Association of Jamaica, and Society of Human Resources Management. Please direct comments to dfraser@caribbeanhrsolutions.com or www.caribbeanhrsolutions.com